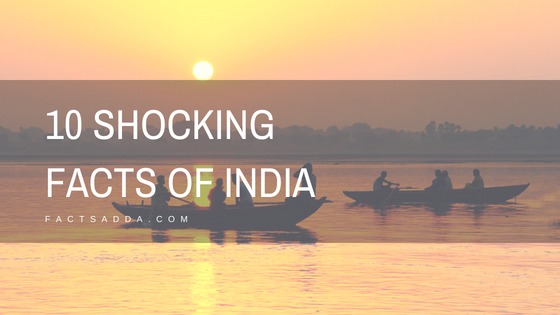 Hindi is not the National Language of India

India does not have a National Game

India never fails to amaze us. Most Indian people think that India’s growing speed is so slow but there are some cities like Ghaziabad, Surat, and Faridabad, that are on the list of fastest-growing cities in the world.

Edward Michael Grylls is famous as Bear Grylls. wanted to join the Indian army after school.

We are surrounded by USB ports. From computers to phones everywhere we see USBs are used for connectivity. And the amazing part is that USB was developed by Indian-American computer architect Ajay V. Bhatt.

Sherlock actor Benedict Cumberbatch took a year’s rest from his acting and became an English teacher at a Tibetan monastery at Darjeeling.

India is inventor of Calculus and Trigonometry

No doubt the most hated subject is math. and the toughest part of math Calculus and trigonometry are invented by India.

The City Montessori School in Lucknow is the world’s largest school in terms of pupils. According to the Guinness Book of World Records on December 29, 2011, the school had 39,437 pupils and 2,500 teachers.

Indian railway is arranging bread butter for 1.4 million people by providing them jobs. Indian railway is the biggest employer in the world.  The count of employees in the Indian railways is more than in some countries like Vatican City, Liechtenstein, Iceland, etc.

In India only 11.38% of people know the English language. But this count make India second country, right after the US that has the most  English-speaking population