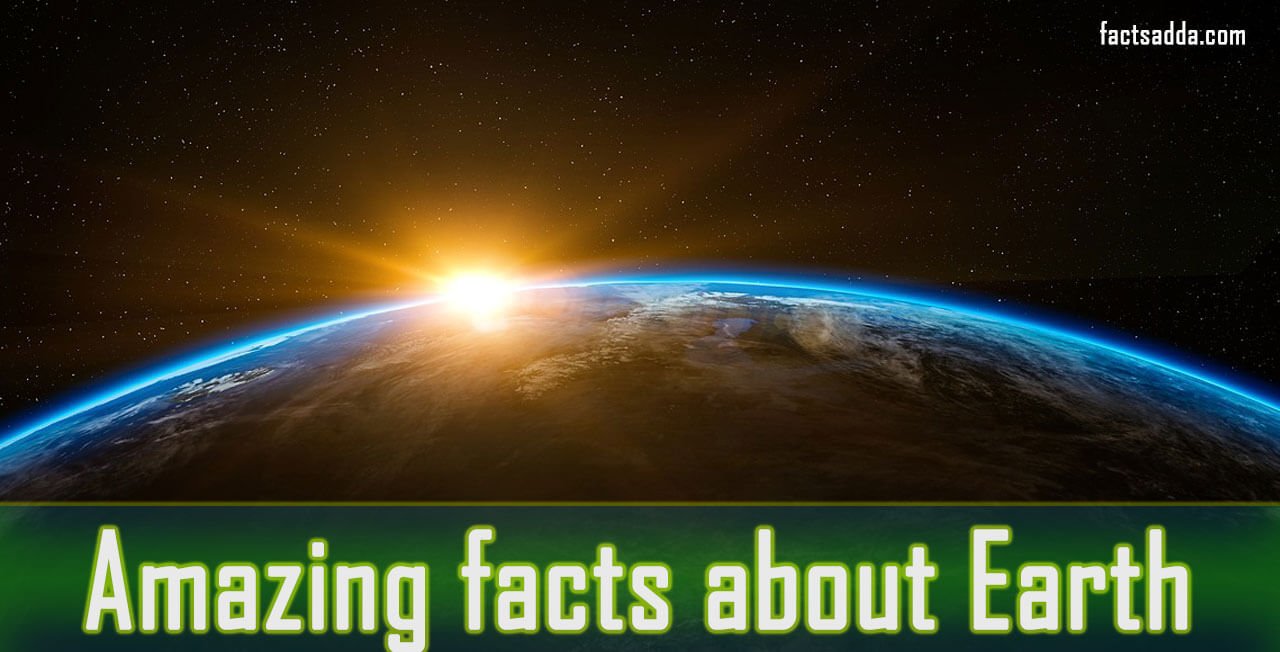 Earth, everyone knows what is earth. It is the only planet in the solar system, where the life is happening. Till now humans just explored the 42.5% of the earth. 80% of land and only 5% of the oceans. There are so many things to learn about the earth. So in this article, we  share some amazing facts about earth.

71% of the surface on the earth is covered with water and only 29% is land.

33% of the land on earth is desert area.

20% of land is covered with mountains.

1/6 land on the earth is property of the Queen of United Kingdom.

It is third planet from Sun in solar system.

In 23 hours, 56 minutes and 4 seconds it completes rotation on its axis.

Light takes 8 minutes and 19 second to reach on Earth from Sun.

It is the home of 8.1 billion Humans.

In early days earth looked purple because the formation of bacteria.

Gravity is not constant in every place of earth.

Humans are most intelligent as well as fool species of this planet.

The moon is natural satellite of  earth.

Like every object in the universe the earth is also in continuous motion.

Dried place on the eath is  Atacama Desert of Chile and Peru.

Hottest place  on the earth is El Azizia, Libya

Coldest place on the earth  is Antarctica.

200 million year ago there is only one supercontinent called Pangaea .

Kilauea volcano Hawaii is the most active volcano on the earth.

Bat are the smallest mammal and blue whales are the biggest mammals on the earth.