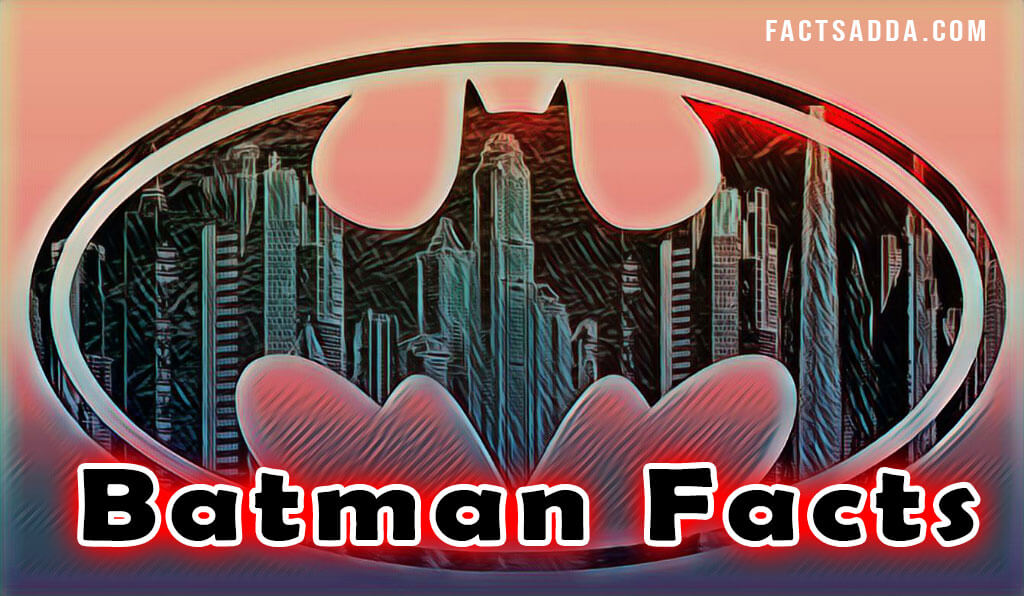 Batman is the fictional comic superhero released under the brand DC. Bob Kane and Bill Finger are creators of this spy superhero. Check out some amazing Batman facts.

Bruce Wayne is the real name of the Batman and he is billionaire.

The idea behind Batman was taken from Zorro, Dracula, and the Shadow. And the name Bruce Wayne came from the combination of two different characters  Robert the Bruce  ( Scottish national hero ) and  “Mad” Anthony Wayne ( American revolutionary ).

Bruce Wayne choose to be Batman because the fear of bats.

He is the owner of Wayne Enterprises and total worth of the enterprises is $31 billion.

Batman has no any power but the B0atsuit made of some fictional material has power.

Batman’s father Thomas Wayne  was an doctor and also a masked vigilante.

Robin, the sidekick of the Batman. over the years there was many Robins.

Recently Damian, biological son of the Bruce Wayne is the Robin.

The creator said the idea of the Robin was taken from the Robin Hood.

Not only Bruce but Commissioner Gordon, Damian, the villain Bane, Dick Grayson played as Batman.

Batman is human but he defeated Darkside ( god of evil ) twice.

University of Victoria, Canadian University has a course called “The Science Of Batman” for those who want to deep study on the life of Batman.

Heath Ledger (the famous Joker)  was offered to be part of Batman. But he refused by saying that he would never be a part of the superhero film.

$1,000,000 was raised just to use real penguins in the Batman return movie. The money spent on cool, food and shipment of the penguins.