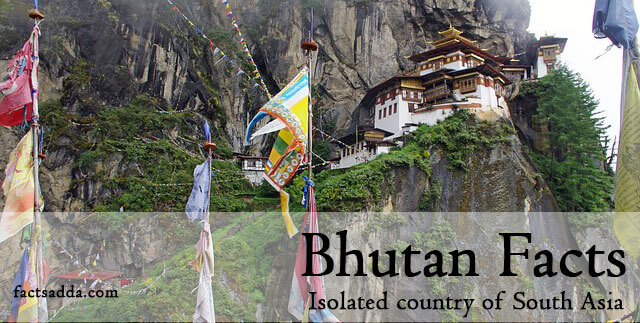 Bhutan is the neighboring country of India. It is located on the eastern edge of the Himalayas. Due to its geographical location, it is isolated from the world. But it is one of the beautiful countries in the world and the country is so attached to nature. It is one of the economically poor in the world but the richest country in Verdancy. In this post, we will share some interesting Bhutan facts.