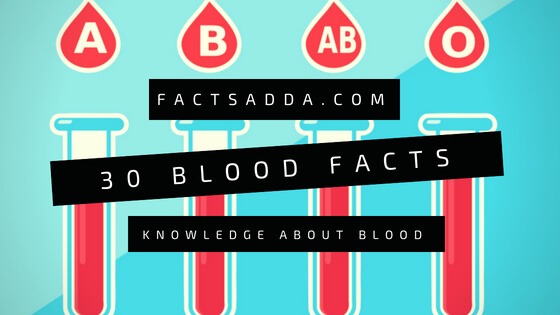 In this post, we are going to share some Blood facts and some Q&A. Firstly, we talk about blood. What is blood? The answer to this question is that Blood is the body liquid which is present in Humans and other Animals which delivers the nutrients and oxygen to the cells and free the cells from the metabolism waste. Now let’s learn about some Blood facts.

Q. Which is known as ‘River of life’?

Q. Blood circulation was discovered by?

Q. The fluid part of blood?

Q. Plasma protein fibrinogen has an active role in ?

Q. Total count is measured by an instrument known as?

Q. A decrease in RBC count is known as?

Q. A type of Anemia with sickle-shaped RBC?

Q. Blood group is most common among the Asians?