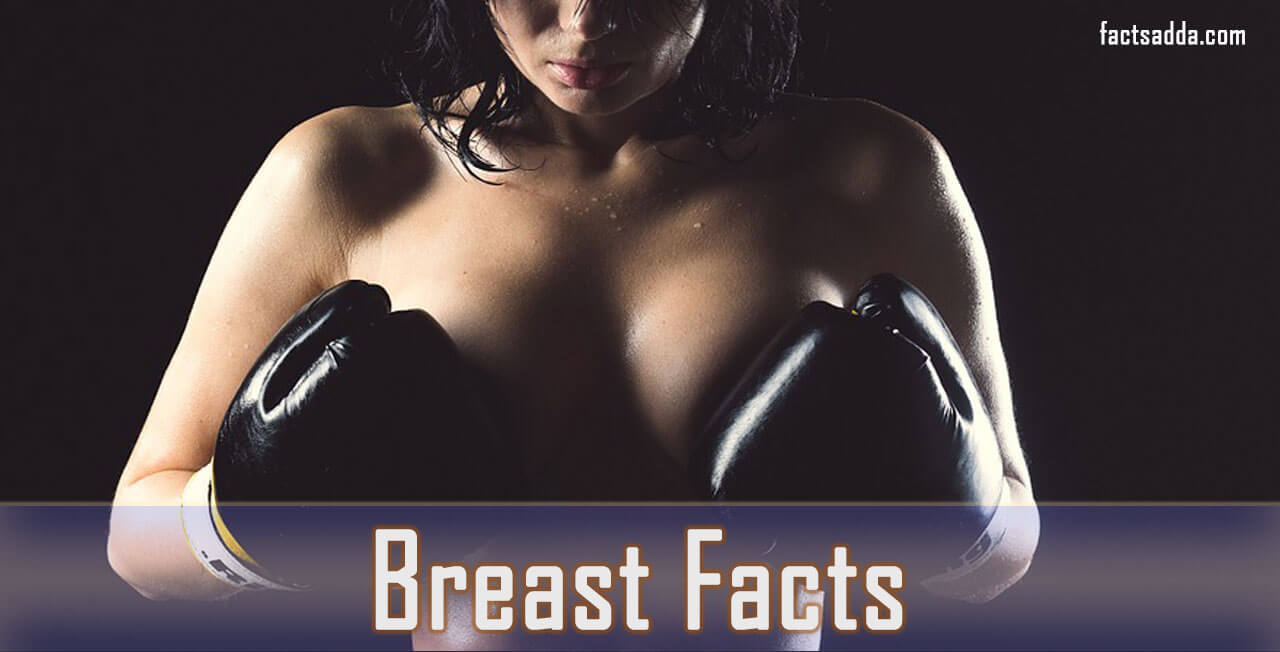 In this article, we are going to share with you some facts about human body parts breast. It is also called boobs. Check out below some boob facts.

Boob size is not equal. The left side breast is usually about one-fifth larger than the right side. In some women, one nipple also can be wider than another one.

The breast starts growing after the two to four years of first menstruation.

In primates, only human females have permanent full breasts.

Weight directly affects the boobs. If someone gains weight her boob size also and if loses weight the size of her boob also decreases.

The boobs sag with the age. Tension, stress, smoking, and drinking also result in saggy boobs.

During exercising boobs mostly get hurt. It is suggested that wear a good sports bra during exercise.

Sleeping on the stomach causes a change in the shape of boobs.

80% of females in the world are using/wearing the wrong size bra. Those cause problems like back pain, indigestion, and headaches.

During pregnancy, the nipples become darker due to hormones and fade after it.

Breastfeeding can prevent or lower the risk of heart and breast cancer disease. It also helps in losing weight for new moms.

Hong Kong Polytechnic University offers a degree in Bra Studies. In that, they teach how to design and build a bra.

Before bra was invented, Roman ladies tie a bandage around their breasts to keep them in place while .

Women can reach orgasm by just breast stimulation. But only 1% of women have this ability.

A lady with chest size of 70 inches (5.83 feet) is set the Guinness World Record of Largest natural breasts.

6% of people in the world have 3 nipples.

Until six weeks every fetus is female. But after six weeks nipples become part of the body that is why males have nipples too.