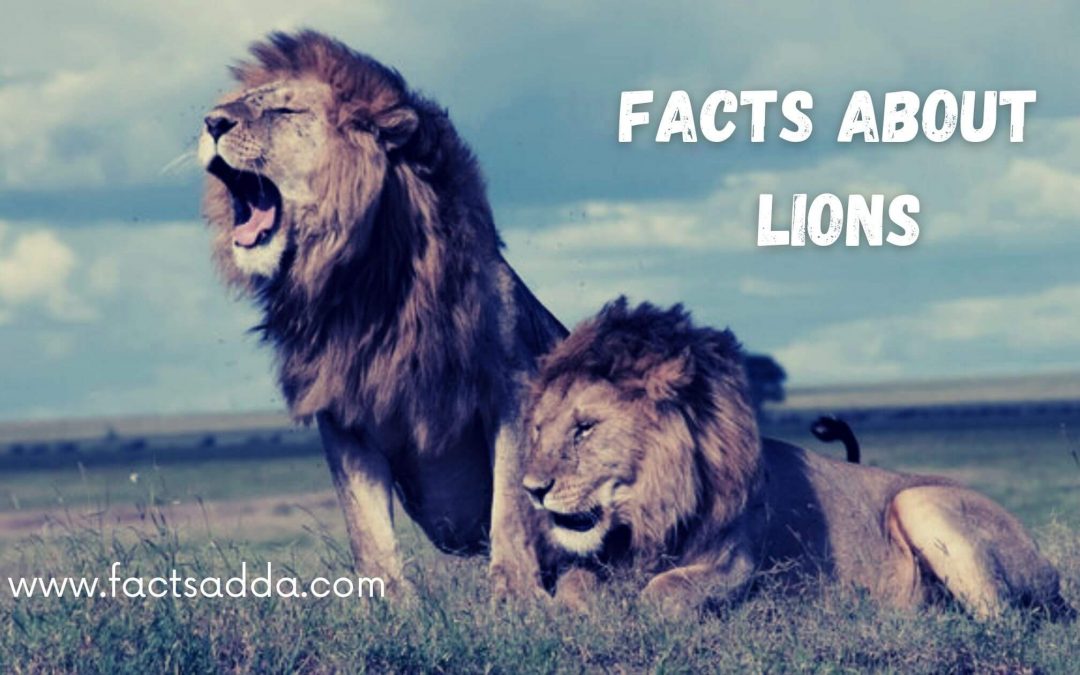 Lion, the king of the jungle is the symbol of strength. They are a social animals and live in the group called “Pride”. The baby lions not only called cubs but also called whelp or lionet. Here we are sharing some facts about Lion.

Like Tigers, the Lions are also from a family of cats. Lions are the symbols of strength.

Unlike Tigers the Lions are social animals like humans. Lions love to live in groups. They group can have 15-30 Lions. The size of group members depends on the area possessed by the group. The group of Lions called Pride.

There was a time when Lions used to live in Africa, Asia and Europe. But now only exist in Africa. And just a few numbers of Lions approx. 350-400 are preserved in Sasan-Gir National Park in India South Asia.

Lions have louder sound than the Tigers. A Lion’s roar can be heard from a distance of 8 kilometers.

Lion can achieve a speed of 80 kilometers per hour for short distance run. And an adult lion can jump up to 36 feet.

Lions love to live in grassland not in woods.

Lions have a unique ability that helps them to walk without touching the land from heels.

Lions are like newborn human babies because they also sleep for 20 hours a day like a newborn baby. But only in sleeping, otherwise, they are wild animals.

Check out facts about animals and birds

As the Lions live in groups they mostly prefer to hunt for big animals like zebra, wildebeest, and buffalo. Sometimes they go for small prey.

Nature blessed the lions that make them fantastic hunters. Like the lion has 6 times better eyesight than humans that gives them the ability to see more clearly at night.

The lions live in groups so all the female lions take care of cubs together.

Lions are the king of the Jungle but in size, the Lions are after the tigers in the cat family and are at the second spot in size.

Lions are on the list of animals going extinct. Scientists predict that by 2050 all the lions will be extinct if humans do not take any action to save them.