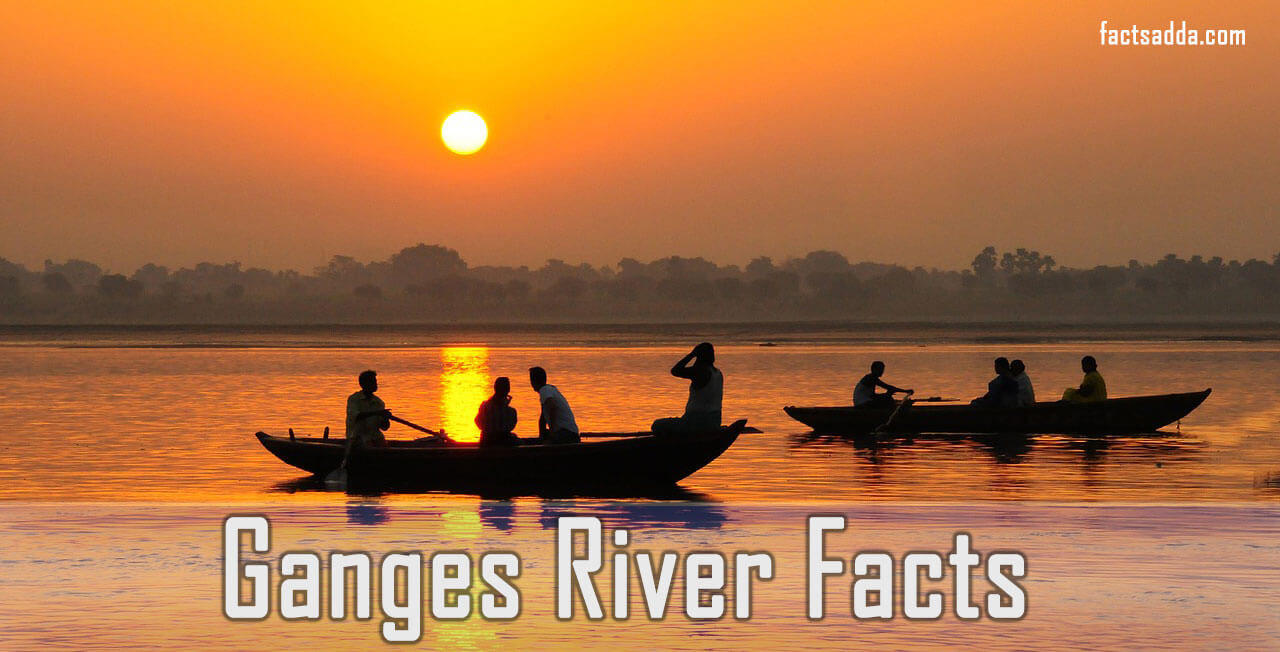 The Ganges is also known as Ganga is the sacred river of India which flows in the Indian subcontinent. It flows In India and Bangladesh. The river starts from the Himalayan Mountain in Uttrakhand the state of India and ends in the bay of Bengal in Bangladesh.  Some of Gange’s river facts are listed below.

Ganges is the longest river in India. it covers 2525 kilometers (1569 miles) distance before meeting the ocean in the Bay of Bengal.

It starts from the Gangotri Glacier on the Himalayas’ southern slope.

Ganges water can be kept for long time in a bottle because of the “Bacteriophage”. It is the virus present in the Ganges water that kills the harmful bacteria.

In the Ganges 150 different types of fish living and it is also the home of 90 different kinds of amphibians.

D.S. Bhargava, an environmental engineer from University of Roorkee found in his research that the Ganges decompose organic wastes 15 – 25 times faster than any river in the world.

Malaria Research Center from New Delhi found that the water from the upper ambit of the Ganges river prevents the breading of mosquitoes.

in 1896 Ernest Hanbury Hankin, a British bacteriologist tested Ganga water with the Vibrio the virus that is responsible for Cholera disease. She found that the bacteria killed within 3 hours in Ganges water. And in the distilled water the bacteria survived for 2 days.

Change is natural and it affects everything in the world. So the Ganges river is also affected it is shifting from its original place. In the last 30 years the shifting speed is increased.