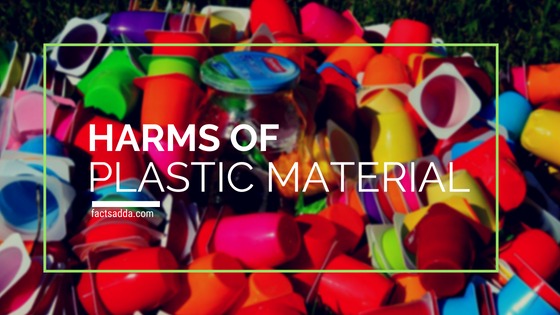 Plastics are a part of our daily life but that does not mean it is safe or healthy for us. Plastic production has many negative health and environmental effects. Polythene or plastic bags are thrown out they mixed with debris and shattered into various streets, parks, and beaches, which cause problems for every kind of living being. On the other hand, if the plastic is burned then they disseminate toxic fumes and hazardous gases onto the air, which causes air pollution. check out plastic pollution facts and the harms of plastic.

One-third of the litter on beaches is plastic.

8.3 billion tons of plastic garbage has been produced worldwide, since 1950.

Only 10 rivers carried 90% of plastic garbage in the ocean. 8 of them belong from the Asia region and 2 from Africa.

Every year 1 million animals and seabirds are died because of plastic.

We use 50% of plastic, just for one time, and throw it after.

12 minutes is the average time that a plastic bag is used.

In One minute, 2 million plastic bags are used worldwide.

In one minute, 1 million plastic bottles are used worldwide.

Every year we produce enough plastic garbage that can circle the earth four times.

In Some countries plastic bags are illegal.

Plastic affects differently on every human being, on some it problems like migraine, dizziness, acute skin irritation.

Packing of many foods like fish, meat, cheeses, peanuts contains plastic, can cause eyes irritation, nose or throat problems.

The Wildlife and sealife also got disturbed with plastic. whales, dolphins, seals, and turtles die due to plastic bags. Some wild animal dies after eating plastic from the garbage.