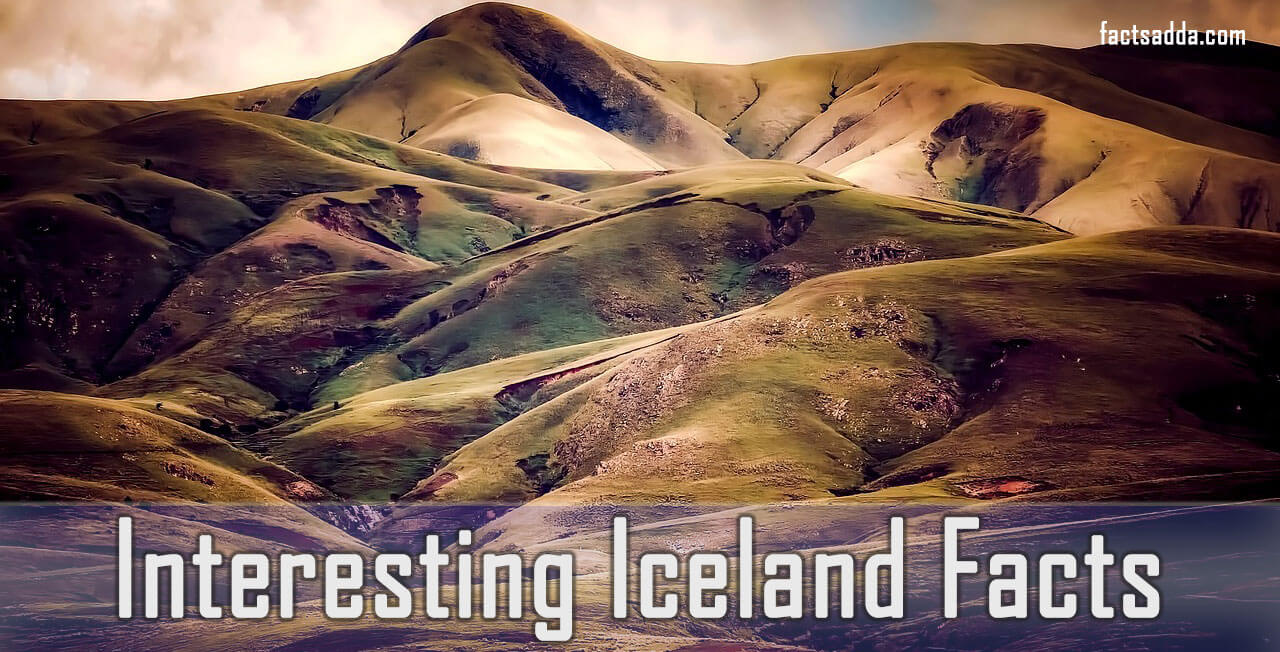 It is one of the last places where humans settled. First-person settled there in 874 AD.

The climate condition in the country is so awesome there is no more hotness. The weather is perfect in Iceland. The maximum temperature was there 30.5-degree Celsius in 1930.

It is so peaceful country that has no defense force i.e. Army, Navy, or Air Force.

Police in Iceland don’t carry guns because the crime rate in the country is very low and violent crime is nowhere happens in the country.

Fishing is the main source of income of the country and commercial whaling is legal in the country.

There is no public rail transport in the country because of the low population.

Around 10% of the population of Iceland publishes a book in their lifetime.

In Europe, Iceland has a long work week of 43.5 hours.

The language used in Iceland is not changed. They use their ancient language.

It is an Eco–friendly country and 85% of its energy comes from renewable sources.

In the country, there is no surname or family name.

Iceland is the first country where a lady and a gay Prime Minister were elected.

Strip clubs were banned in the country in 2010.

Icelanders are fond of the movies. they watch more movies than any other country people.

The country’s drink is Coca-Cola and the consumption of this beverage in Iceland is high than in any other country in the world.

It is a country without any McDonald’s Restaurants.

Until 1989, beer was illegal in the country.