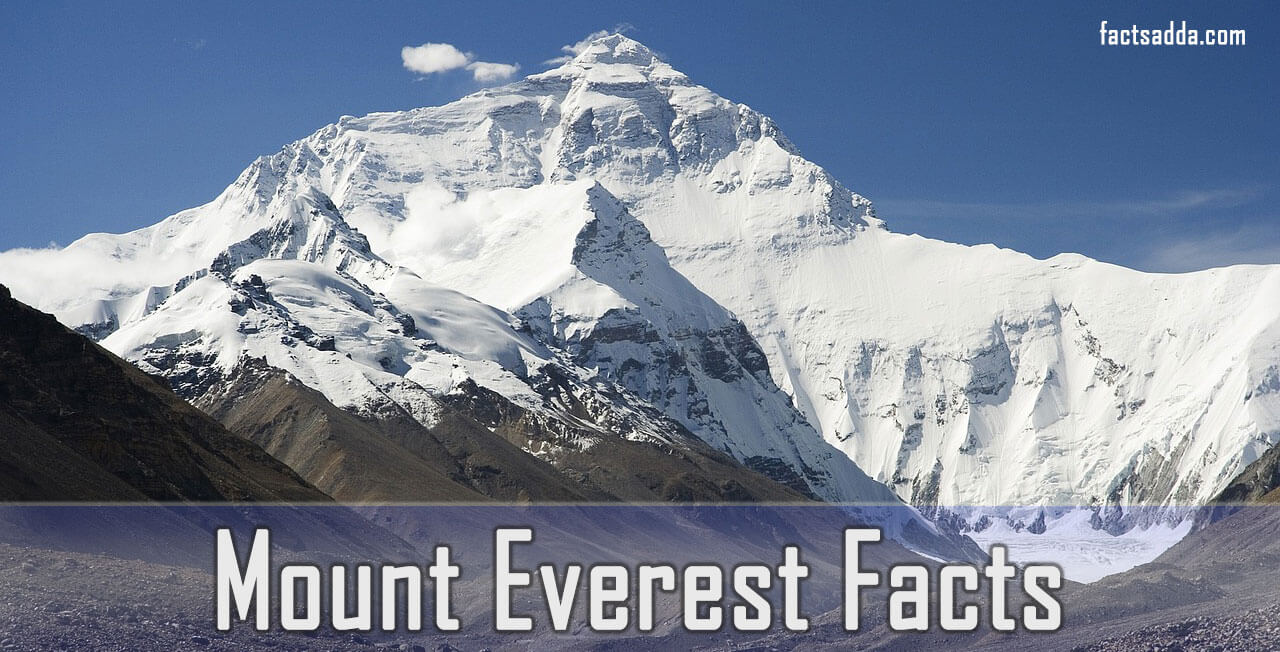 Mount Everest is the highest mountain on the earth and is the part of the Himalayas mountain range. In movies, we saw horrible weather that changes within a few minutes and made people hopeless. In fact, reality is similar to movies. Only a few strong heart people can reach on top after a long practice. Today we will share with you some Mount Everest

Mount Everest is located in Nepal and Tibet. Climbers start their journey from Nepal to the top of Everest.

Everest got its name after Sir George Everest, the Welsh Surveyor General of India.

Wind speed can be reached at 280 kilometers per hour (175 miles per hour) and the warmest temperature is – 18-degrees Celcius (-2 degrees Fahrenheit).

There are many dead bodies of the climber on the way. some of them are used as milestones. Dead bodies remain there because it needs 8-10 sherpas to bring a dead body back down the mountain and the cost of the operation is $30,000 – $70,000.

Since 1969 a climber dies every year. The ratio of death is much higher while coming down than climbing up.

The elder climber that reach the top of the Everest summit was an 80-year-old Japanese named Yuichiro Miura and the youngest climber was 13 old Jordan Romero from the United States.

In 2015 a Nepali couple married on the summit of Everest.

Kushang Sherpa is the only person in the world to climb Everest from all four sides.

Kami Rita Sherpa has climbed Mount Everest 22 times and it is a record.

Where is human there is In the last 60 years from when humans start climbing Everest, an estimated 50 tons of garbage is produced on it by humans.