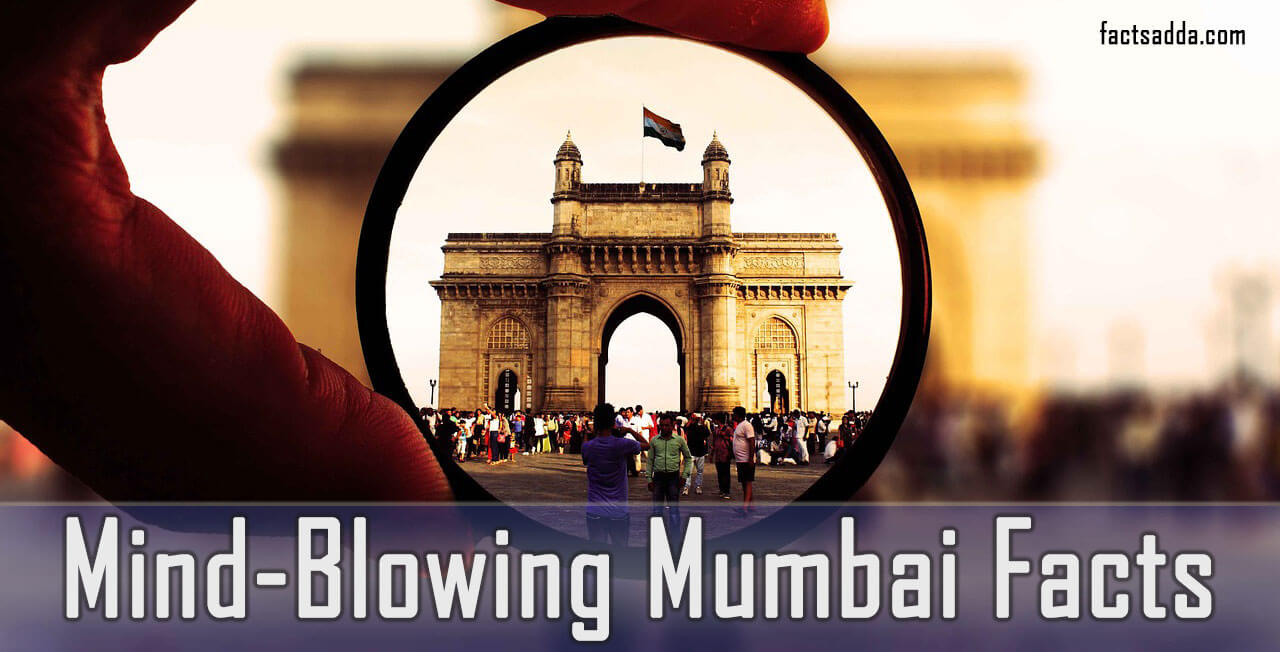 Mumbai formerly known as Bombay is an Indian city situated on the west coast. It is the home of the world-famous Bollywood. It is also called Mayanagari. Let’s take a look at some mind-blowing Mumbai facts.

Mumbai’s name is derived from two words “Mumba” which is the one of the  Hindu Goddess “Durga”  and “Aai” which means “Mother” in the Marathi language.

It is the economic capital of India. It is the wealthiest city and the home of most millionaires in India.

This coastal city is created over seven islands. It took 60 years to make it one city.

the capital city of the Maharashtra state and is the only city in India that has a very big impact on the economy of the country.

It is also home some of the Fortune Global 500 companies including Tata, , Birla, Reliance, etc.

The world’s most expensive residential home Antilia is built in this city.

Per person, income is 5 times greater in Mumbai than in another place in India. The average income is 40,000 INR in the city.

Imagica theme park located at Mumbai-Pune highway is also located in the city. This theme park is the biggest theme park in India.

World the largest and expensive slums are present in the city.

Sanjay Gandhi National Park is located in the almost city. It is a 104 sq km area with a variety of around 6300 different species of animals and birds.

India’s first train was run in this city. Approx 400 passengers from Bori Bunder to Thane in the train.

India’s first car owner was from this city. In 1901, Jamsetji Nusserwanji Tata founder of the Tata Group was the first Indian to own a car.

In the book “The Jungle Book” author, Rudyard Kipling was born in Mumbai on 30 December 1865.