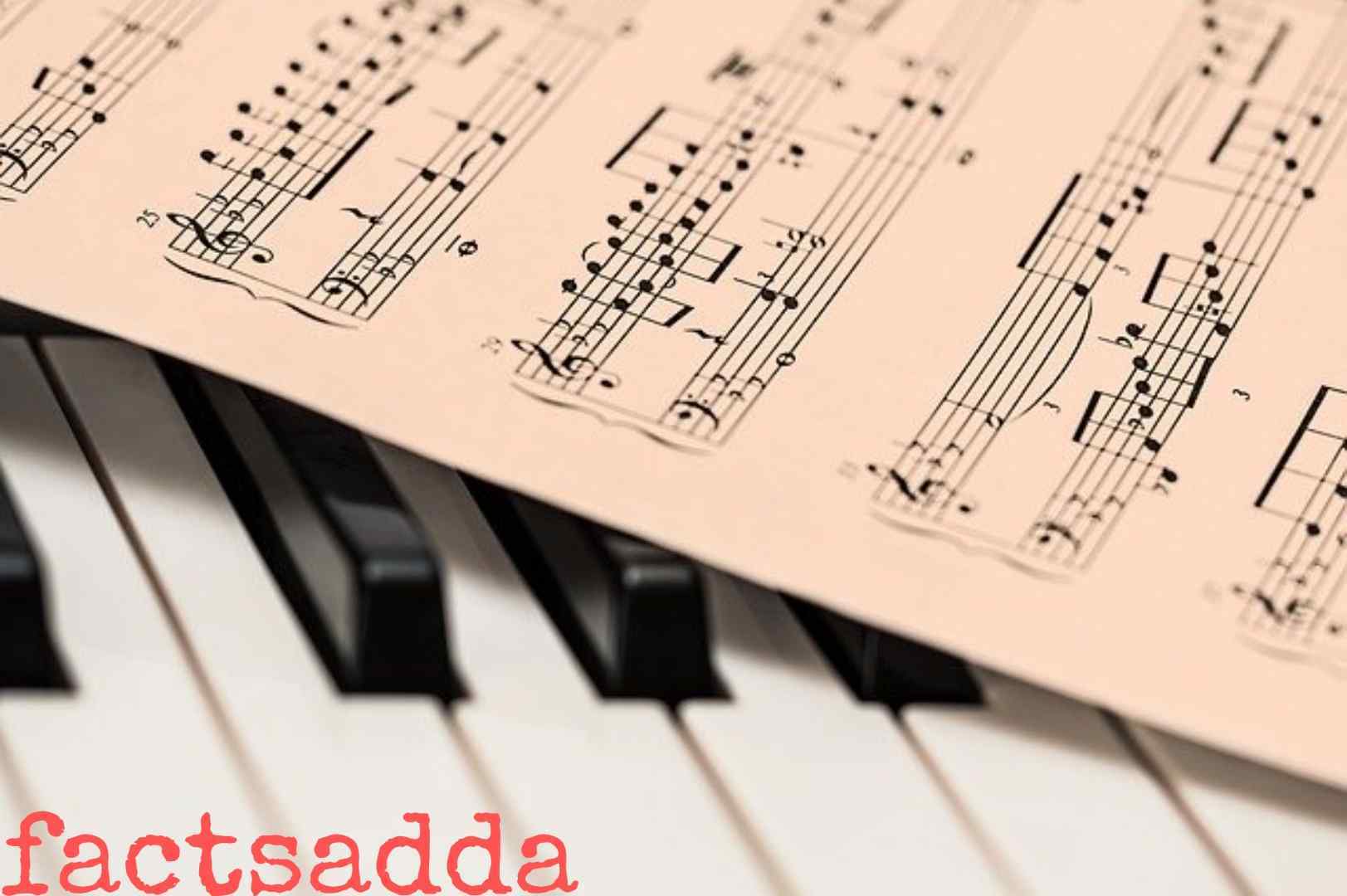 This is very important in the life of all of us. You must know this, when we feel lonely, we listen to music. And entertain the mind, when the mind is sad, then listen to music. When someone is missed, they listen to music. I do not know why listening to music creates strange excitement in us. Maybe the same happens to you? Meaning that we will like it in the circumstances under which we will listen to music. You may have heard different songs thousands of times but you will never feel boredom, today we will talk here about such interesting facts related to music which you hardly know.

1. Flowers can grow faster by listening to music as music is able to speed up seed germination and enhance plant growth.

2. Your heartbeat changes and mimics the music you hear.

3. The type of music you listen to affects the way you perceive the world so mind. what you are listening to.

4. The world’s costliest instrument, a Stradivarius violin, was sold in 2011 for the US 15.9 million.

5. A song that gets stuck in your head is called an  “earworm”, and the only way to remove it is to replace it with another one.

6. Music triggers activity within the same brain structure that releases dopamine during sex and eating. Dopamine may be a “feel-good” chemical released by the brain.

10. The longest song title in the world belongs to Swedish group rednecks and three hundred and five characters long including spaces that are one long-ass song title.

11. The longest recorded piece of music is by a band called bull of heaven the playtime of the song chosen priest and the apostle of infinite space is over two months long.

12. Like humans, birds can learn music while they are still in the egg stage.

13. Mozart was only five years old when he wrote his first piece of music.

15. In 1976 Barry Man low wrote a chart-topping song called I write songs which ironically was not written by him.

17. Monaco’s national orchestra is bigger than their army is.

18. The violin contains about 70 separate pieces of wood.

19. The earliest known example of musical notation was found on a clay tablet where modern-day Iraq is and dates back to about 1800 BC.

20. Elvis’s favorite collectible was police badges he collected a different police badge for every city he performed him.

22. Approximately one third of recorded CDs ever sold have been pirated.

23. The mp3 was developed in the early 90sand stands for MPEG audio layer 3.

24. The harmonica is that the world’s best-selling instrument.

25. The Nano guitar is the world’s smallest guitar and is the size of a human cell.

26. . John Lennon’s eyesight was so poor that he was legally blind without his glasses.

27. Chris Martin of Coldplay plays guitar and draws with his right hand but writes with his left hand.

28. The Irish band u2 aren’t really all Irish Adam Clayton in the edge were born in England.

29. The band Guns and Roses have had21 full-time band members since they started in 1985.

30. The best-selling album of all time is Michael Jackson’s Thriller with an estimated 51 to 65 million copies sold.

31. Since the launch of iTunes in January 2001 over 10 billion songs have been sold digitally.

34. Queen’s Bohemian Rhapsody made 1975is generally regarded as the first official music video ever made.

35FloRida’s song Lo has sold 8 million copies the exact same amount is the Beatles a Jude.

36. Katy Perry holds the same record as Michael Jackson for the most number one singles off of an album which is 5.

37. In 1990 Warner Music purchased the copyright for the song happy birthday for fifteen million dollars which is the most recognized song in the English language followed by he’s a jolly good fellow.