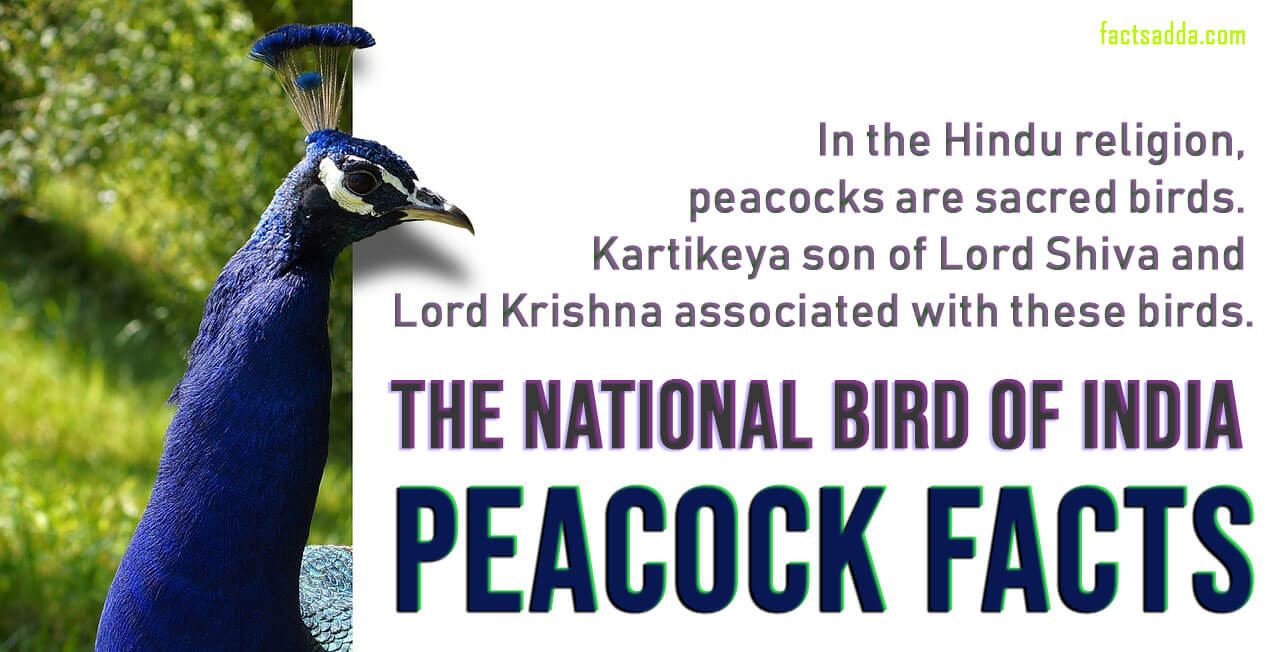 In the Hindu religion, peacocks are sacred birds. Kartikeya son of Lord Shiva and Lord Krishna associated with these birds.

The group is also called with some other names “ostentation”,” muster” and “party.

These birds not born with their awesome tail. It grows later according to their age. The tail starts growing after age of 3.

The best thing about peacock is that it shed their feather every year after the mating season. So these birds are not killed for their colorful feather.

The average life span of peacock is the 20 years.

Peacocks are massive in size but they can fly easily for short distance. they can fly and sit on the high branch of the tree easily.

Not all the peafowl are colorful, few of them are white in color. The white peacock is the result of mutation in which the bird lose its pigments which make it colorful.

The feather of the peafowls consist of the tiny crystal-like structures. And the colour of the feather is depended on the space between this structures.

The length of the feathers on peacock can grow 6 feet long. male have colourful feathers.

Peacocks not only beautiful colourful birds but they are also clever. They send fake copulative mating calls to attract the Peahens.

Like humans peahen also get attracted by the peacock with good size, , and quality feathers.

Peacock are polygamous and can have 2 to 5 peahen partners.

Peafowls are omnivores like most other birds. They can eat insects, flowers, seeds and small rodents and lizards.

Peafowls are social birds. They cannot live alone. If kept alone they show their grief by generating unpleasant sounds.