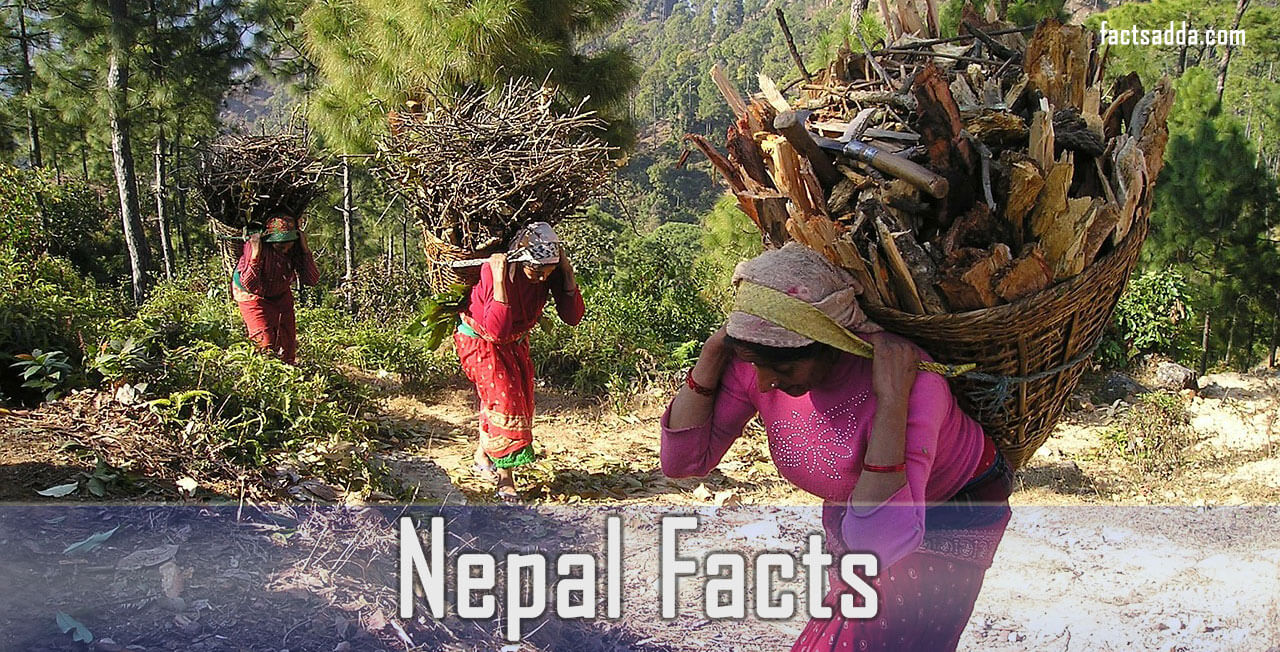 Nepal is also is a South Asian Subcontinent country located in the beneath of the Himalaya mountain range. The official name of the country is
Federal Democratic Republic of Nepal. In this post we share some amazing  Nepal facts with you.

45% people communicate in official language which is Nepali.

92% of the country’s electricity produced by hydropower and rest is produced by fossil fuel.

It is also country in the world that was not colonised by foreigners like European and British.Thus Nepal has no independent day.

Gurkha soldier of Nepal are one of the best soldiers in the world.

Kathmandu is the capital and the largest city of the country.

Buddha was born in Nepal near at Lumbini.

Nepal is referred to “Amazon of the Asia” because of 5,980 different species of flowering plant grows in the country including 360 species of orchid which is 2% of the world’s orchid.

Operating route length of Nepal Railways is just 59 kilometres long. it is operated by the Nepalese .

It is also home of leopard, the red panda, and the one-horned rhino.

In Nepal, it believes that head is the most sacred part of the body so touching anyone’s head is offensive and touching something with feet is also offensive.

Nepal is the only country in the world in this modern time whose flag is not a rectangle.

It shares its international border with just two countries, India and China.

It is the biggest Hindu Nation in the world.  81% of people in the country are .

It is the home of the world’s 8 highest mountain including Mount Everest. Mount Everest is known as “Sagarmatha” in the country which means “forehead of the sea”.