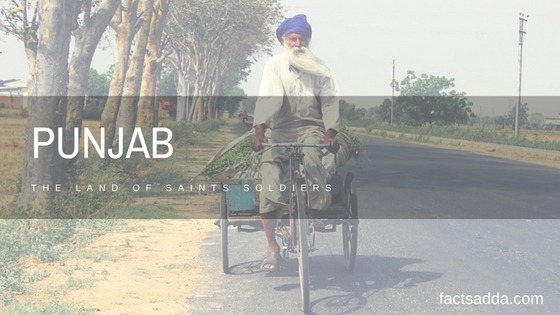 Punjab is an India state. It is the heart of Sikhism. Sikh community’s most devotional place Golden Temple (Shri Darbar Sahib) is located at Amritsar. It is divided into 3 regions called Majha, Malwa, and Doaba. The area comes in between rivers Ravi and Beas known as Majha, the area between Sutlej and Beas is as Doaba and the area on the south of Sutlej is called Malwa. Take a look at some facts about

Some Facts About Punjab