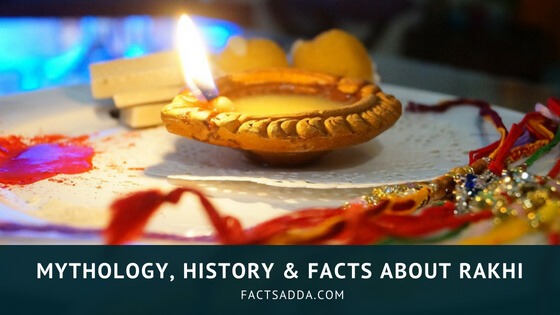 Raksha Bandhan or Rakhi is a Hindu festival. It is the celebration of the unbroken bond between sister and brother. On this day sisters tie a rakhi on her brother’s wrist and make a prayer for his brother’s better life in return brother make a promise to provide security to his sister from all the uncertain things. Raksha Bandhan is celebrated from ancient times and has so many legends.

Indra and Sachi: When Indra the king of gods loses against asura (demon) Vritra, his wife Sachi tie a thread on his wrist for good luck for next fight against Vritra.

There are two more tales that are related to Lord Bali and Goddess Laxmi and Yamaraj and Yamuna.

Humayun and Queen Karmavati: King Humayun got a rakhi from Queen of Chittor, Karmavati. She asked for help in the battle against Bahadur Shah with that rakhi. Humayun came to help her but he was late, Chittor was fallen when he reached.