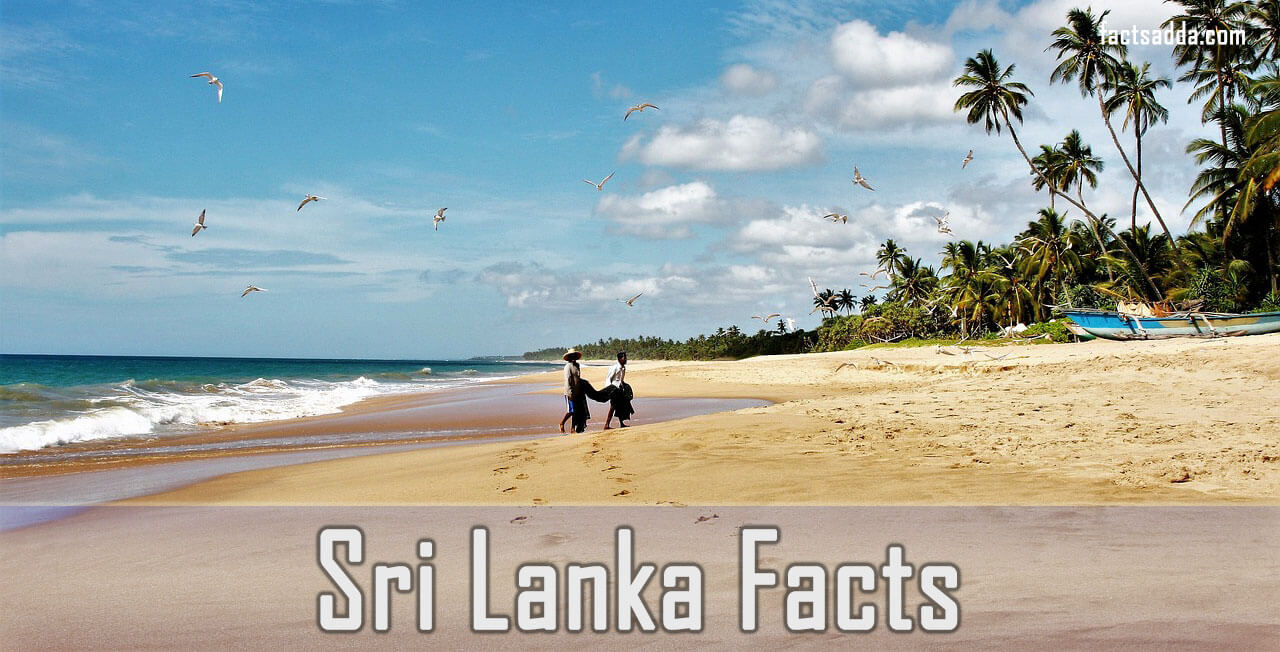 Sri Lanka is a South Asian island country. The Socialist Republic of Sri Lanka is the full name of the country. In the map, it is located at the bottom of India. In Hindu myths, it was the home of Ravan. It is a beautiful country. Let see some interesting Sri Lanka Facts.

The national flag of Sri Lanka is created  162 BC year ago and is one of the oldest flags in the world.

Sri Lanka’s geographical shape is similar to a drop so it is referred to the pearl of the Indian ocean and the tear of India.

It has two capitals. Sri Jayawardenepura Kotte is Administrative and Colombo is Commercial capital.

After a year of India’s independence, Sri Lanka became an independent country in 1948.

Before this Portuguese, Dutch and British made their colonies in Sri Lanka respectively in 1505, 1658 and 1796.

With a literacy rate of 92%, it is the most educated country in the South Asia subcontinent.

Before 1972 the country is called Ceylon. Sri Lanka’s name is given to it in 1972 when it became a republic country.

There is tree in Sri Lanka that was planted by a human 2000 years ago. It is still live. This tree was grown from the cutting brought from Bodh Gaya in India.

In 1960 world’s first lady Prime Minister was elected in Sri Lanka. At that time country was called Ceylon.

Anti Malaria Campaign was so successful that it made the country Malaria free. And the World Health Organisation listed it in a malaria-free country.

‘Sex’ is the most searched keyword in Google in Sri Lanka.

Sri Lanka is the fourth biggest producer of tea in the world after China, India, and Kenya. And listed in third place in the biggest exporter of tea.

World-famous Lipton Tea was founded in the country.

In 2010 Akon refused to visit Sri Lanka because his song “Sexy Chick” was banned in the country. The reason for the song ban was the scene in the video where they doing a pool party in front of the Buddha statue.

Sri Lanka is the only country in the world where someone can see elephants the biggest mammal on land, and blue whale, the ocean’s biggest mammal.

Sri Lanka is the top exporter of cinnamon and also the home of world class spices. Now you know why Sri Lankan food is so delicious.