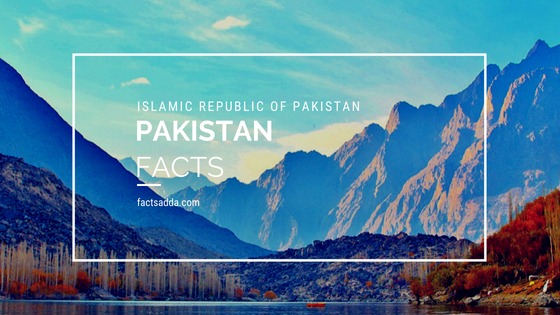 Facts about –  On August 14, 1947, the history of Pakistan begins after getting the independence from the British. At that time Pakistan consisted two land East Pakistan and West Pakistan. East Pakistan is Now called Bangladesh.

Some facts about Pakistan

Some facts about Pakistan