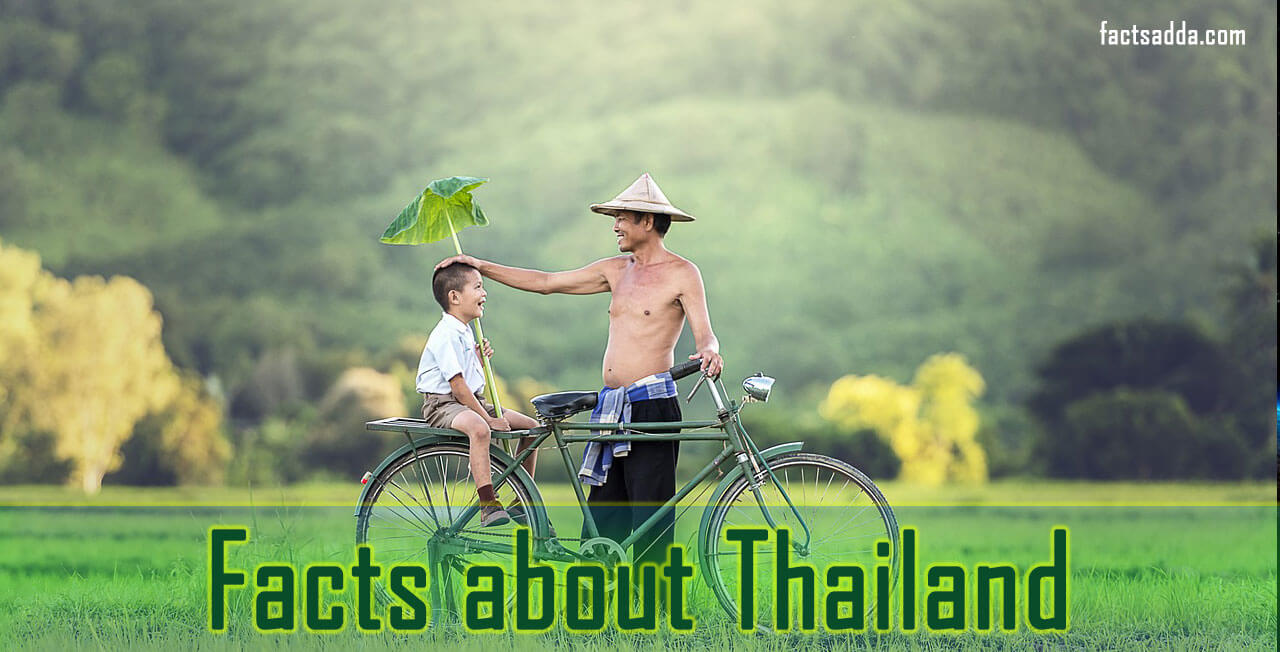 Thailand is a Southeast Asia country with incredible beauties. It is the most loved tourist spot for South Asian people. The lifestyle, culture, and natural beauty of the country attract everyone. People visit Thailand for its beaches, royal palaces and ancient ruins. Let see some Thailand Facts.

Its official name is the Kingdom of Thailand. The meaning of Thailand in the “Thai” language is “Land of the Free”. Bangkok is the capital city of the country.

The most populated city in the country Bangkok. It is the home of every 10th Thai person.

90% people use “ language to communicate and it is the national language of Thailand.

Like Japan, Thailand is also a collection of 1,300 islands.

Orchid is the national flower of  Thailand and more than 1,500 species of orchids grow in the country. Thailand is the of orchid in the world.

There were a number of canals in the country that it was called “Venice of the east”. Most the canals do not exist now.

It is a Buddhist country. 95% of the people of the country follow Buddhism. World’s largest gold Buddha is placed in Wat Traimit temple.

With 22 million international visitors per year, Bangkok is the most visited city in the world.

From May to September there is rain falls every day in Thailand.

Approx more than 40,000 temples are in the country.

In Southeast Asia, Thailand is the second country that lost its forest very quickly. Within last century the country lost its 75% of forest.

Before India, Thailand was the top exporter of rice in the world. Now it is in the second position.

In 2004 tsunami killed more than 8000 people. It is considered the worst natural disaster in the history of Thailand.

20% of the police in the Bangkok city suffers from lung disease because of the high pollution rate.

Thailand is the home of every animal species in the world and the total of 10% of the world’s animal life in the country.

Mekong River is the home for 1,300 different species of fish. In Thailand, there are cavefish that can walk and climb waterfalls.

World’s smallest bat is found in some parts of the country.

There only 5000 elephants left in Thailand. A century ago Thailand was the home of 100,000 elephants.