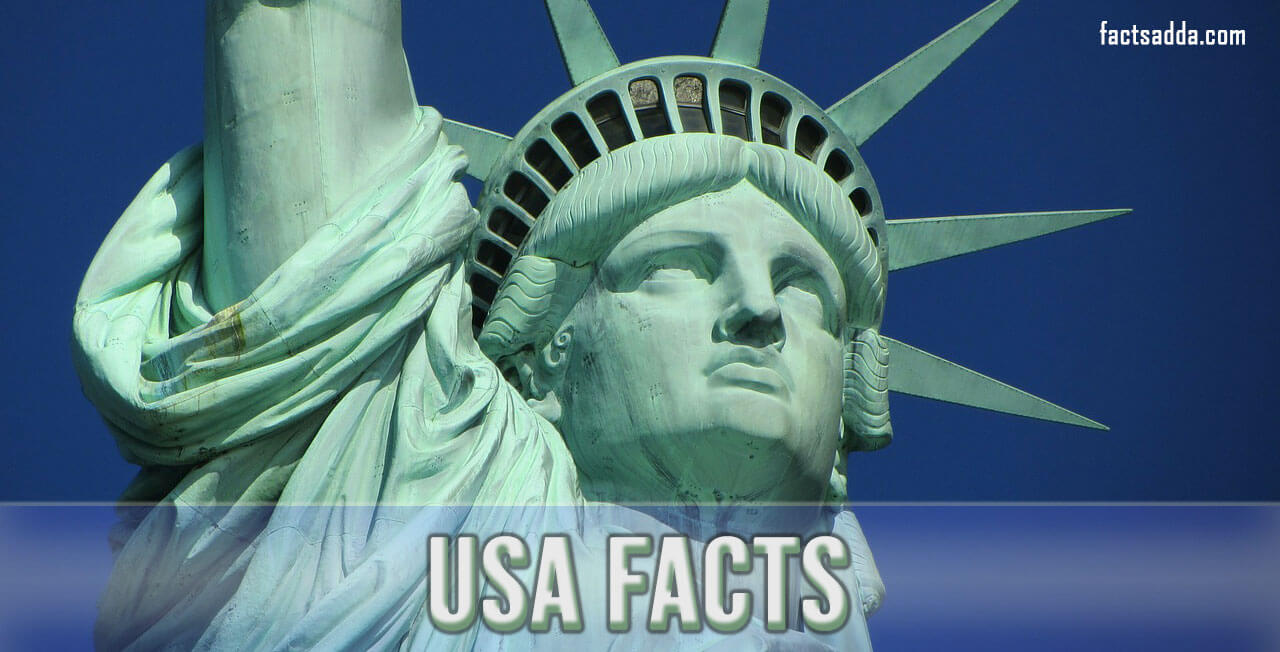 Washington DC is the capital of the country.

Nevada is the US government property because 80% of the land is owned by government.

State of Rhode Island and Providence Plantations is the longest official name of the state in United States.

There is no any official language of the country.

A person is wealthier than 25% of the population in the country if he/she has only $10 and no debt.

6% of the total population lives in mobile houses.

Judaism is the second most followed religion after the Christianity.

Apple Inc has more cash than the U.S. Treasury.

A black man was the first salve owner in the America.

40% of the births are coming from the unmarried women in the US.

The average time an American spend in entire life on his/her job is 4.4 years.

Library of Congress archive every tweet posted by Americans.

There are more library in the US than the McDonald’s franchise.

There are more museums than Starbucks and McDonald’s franchise combined.

The books are much more costly than medical and housing facilities in US.

A survey report says, 7% of the population is the country never take a shower/ bath.

Four earth planets are required to sustain the rate of resource consumption of Americans.

Young children/Teens can legally smoke but they can not but the cigarette.

Every day new 4000 teens smoke their first cigarette of life and 1000 starts smoking for regular basis.

In US’s jail, there is approx 2.25 million prisoner are present. It is the one fourth (1/4) of the total prisoner in the world.

One person lost his life, every hour because of drunk drivers in the US.

50,000 people dies every year just because of secondhand smoke.

1 in every 5 death is caused by smoking.

Medical error is also a big cause of the deaths in the US.

In a single day 100 acres of Pizzas are served in the U.S.

3 out of 10 people are obese in US because of the fast food.

8 billion chickens are consumed per year by Americans.

35 tons of food is eaten by an average American person in a lifetime.